First rays of spring over the Schneebergland with the sun star

On the rocky cliffs of the Hohe Wand there is a panoramic view from the Hungarian lowlands to the striking Schneeberg, the highest mountain in Lower Austria. This is located west of it and is therefore ideally suited for a landscape photo with a sun star. Follow me here and find out how I can control the high contrast range in the photo and what can be seen on it. 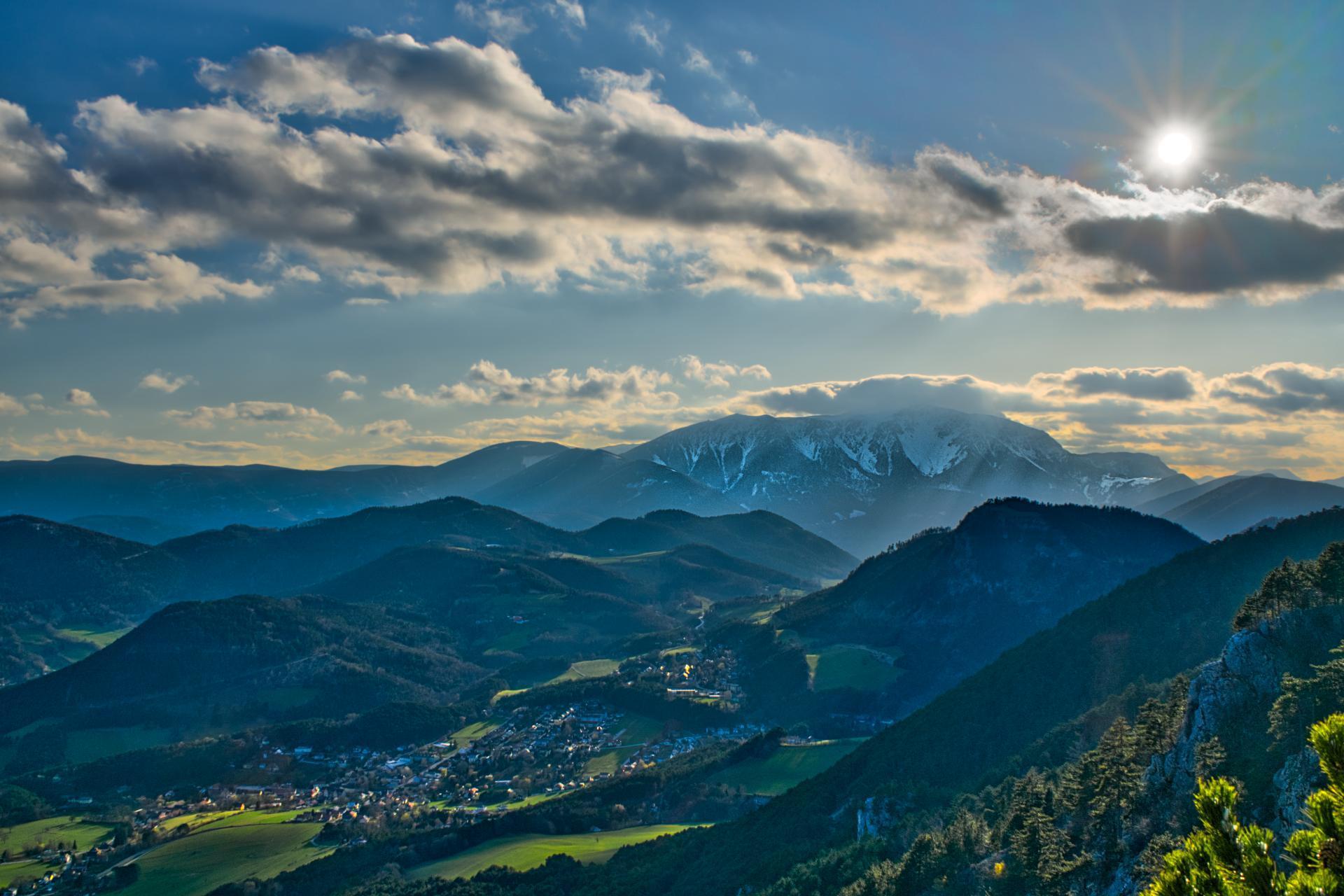 First you drive to the Pension Seiser Toni. From there the Grafenbergweg leads up to the Wilhelm-Eichert-Hütte on the Große Kanzel. At 1052 m, it is the highest Hohe Wand hut and also one of the oldest mountain huts. With a bit of luck you will also see ibex there.

Click on the AR button and find out WHAT can be seen on the AR:Photo.

The photo spot is at the cross of the Großen Kanzel, right next to the Wilhelm-Eichert-Hütte. You can see the striking Schneeberg, far below the village of Grünbach and many upstream hills up to the market town of Puchberg. On the AR:Photo, the Breite Ries stands out. On the eastern edge of the Alps, it is the steep descent highlight for ski tourers with a famous driveway. In the 3D SLOPE Model, it reveals its slope of almost 40° in the uppermost section.

When taking photos with a sun star, the high contrast range with up to 27 exposure levels must be taken into account, because even really good full-frame cameras do not manage more than 16. In addition, there are annoying lens flares or lens reflections that often take up a large part of the photo. This can be eliminated by taking another photo in the same pose, but with a finger held out over the sun. In addition, an underexposed photo is taken for a beautiful sun star. The photos are then merged in Luminar 4. Voila, you already have a photo without lens flares and with a beautiful sun star.

I hope to have captured the spring-like atmosphere with the snow-covered snow mountain, the hot sun star and the green topography and I am happy if you like this photo.