Schneeberg from the mystical Mariahilfberg

Schneeberg from the mystical Mariahilfberg under a starry sky

The Mariahilfberg near Gutenstein is a place of pilgrimage in southern Lower Austria, located on a saddle below the 818 m high Residenzberg. The photo spot is only a short walk away from car parking, so it can be reached quickly, especially for night photographers. Read here what mystical charisma the place has, what can be seen there and what you should look out for in the “Starscape” photography. 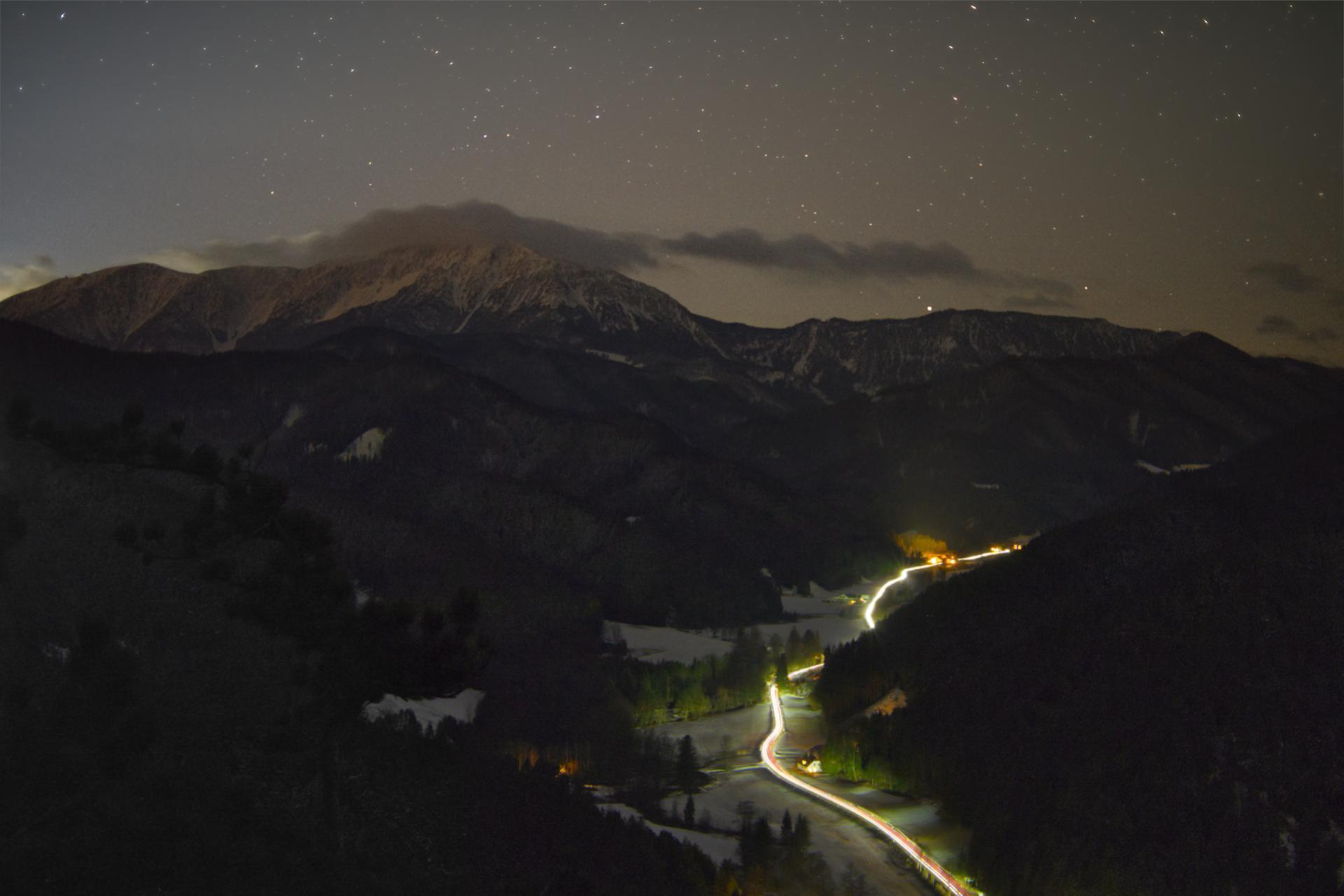 The Mariahilfberg near Gutenstein is a place of pilgrimage in southern Lower Austria about 80 km south of Vienna, located on a saddle below the 818 m high Residenzberg. On this hill there is the pilgrimage church Mariahilfberg, a Servite monastery, a way of the cross with a holy grave, sacred small monuments and a few secular buildings. From there, a level hiking trail leads about 30 minutes to the photo spot.

Determination of the photo spot

In the Google image search I came across an old photo with a view down into the Klostertal towards the Schneeberg. The lines of the Klostertal and the street lead from the lower edge of the picture to the Schneeberg and give the motif a particularly harmonious appearance. The AR:Photo shows, among other things, the Hotel Hochschneeberg, the Fischerhütte and the various giants of the Schneeberg.

Click on the AR button and find out WHAT can be seen on the AR:Photo .

At the photo spot you could feel the mysticism of the religious past and we enjoyed the view of the Schneeberg and the Klostertal from a ledge. Only a few tree branches protruded into the motif to the left and right. For the highest possible contrast range, I photographed the subject from the same pose and camera setting at different times on the tripod. Later these were combined into one photo with Luminar 4.

I used my Sony A7 ii and my 50mm Sony lens with a maximum aperture of f/1.8 for the highest possible light sensitivity. The rule 500/f = maximum exposure time applies so that the star stripes are not disruptive due to the rotation of the earth. So in my case a maximum of 10 seconds. When stacking, it should be noted that the number of stars is not increased, but only the sensor noise is minimized.

I hope to have captured the mood and mystique of the photo spot with stars, artificial infrastructure and the striking Schneeberg and I am happy if you like this photo.